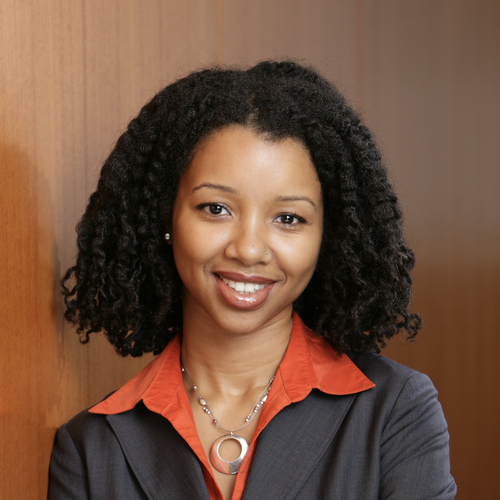 Lurie Daniel Favors, Esq. serves as Interim Executive Director at the Center for Law and Social Justice. She is an activist and attorney with a long-standing commitment to racial and social justice. Ms. Daniel Favors earned her J.D. from New York University, where she was a Root-Tilden-Kern public interest scholar. She graduated from Pennsylvania State University with a BA in African and African American Studies, with a Minor in Spanish Language.

Ms. Daniel Favors began serving as General Counsel at the Center for Law and Social Justice in 2015. She started her legal career as an attorney in the New York offices of Proskauer Rose LLP and Manatt Phelps and Phillips, LLP. She also served as a federal court law clerk in the chambers of the Honorable Sterling Johnson, Jr., in the U.S. District Court for the Eastern District of New York. She later founded Daniel Favors Law PLLC, a law firm that focused on economic and racial justice.

Ms. Daniel Favors is a contributing author to The Birth of a Nation: Nat Turner and the Making of a Movement. She has also penned Afro State of Mind: Memories of a Nappy Headed Black Girl, a coming of age story about a Black girl fighting to find her place in a world where her hair texture and skin color did not fit the accepted beauty standard. Through an examination of the history of African textured hair and racism, Ms. Daniel Favors identifies Black hair, identity, skin color and self-esteem as areas that are ripe with potential for personal and political power.

Ms. Daniel Favors adheres to the West African principle of sankofa and believes one must use the past in order to understand the present and build for a brighter future.