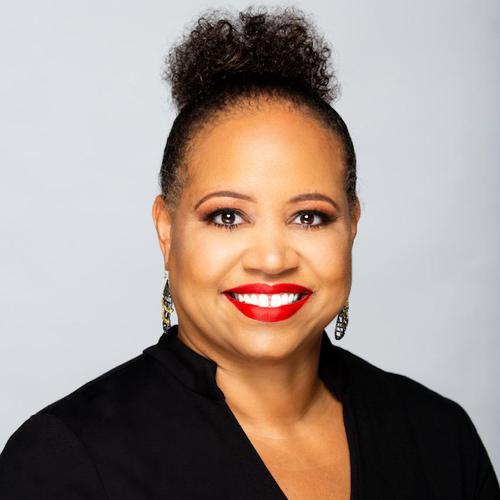 Lobbyist, Political Strategist
National trustee for the Boys and Girls Clubs of America

With more than two decades of experience in the
private sector, on Capitol Hill, and in the Executive
Branch, Democratic strategist Nicole Venable
provides politically astute, forward-leaning, and
coalition-based legislative and public affairs
solutions to Invariant’s clients. Recognized by The
HilI as one of the “Top Lobbyists of 2018,” Nicole
has policy expertise on issues ranging from tax
reform and international trade to health care, tech,
labor, and telecommunications. Nicole leads Invariant’s social justice and inclusion practice.
Nicole joined Invariant from The Bockorny Group, where she was their lead Democrat. Previously, Nicole was an executive director of the U.S. Chamber of Commerce’s congressional and public affairs division, where she led Democratic outreach to Capitol Hill and third parties while building advocacy campaigns for broad-based industry coalitions. Additionally, she served as chief of staff to a senior member of the House Ways and Means Committee, in the U.S. Senate, and in the Clinton White House handling congressional outreach for the Office of the U.S. Trade Representative. Long committed to community service, Nicole serves as a national trustee for the Boys and Girls Clubs of America and as a board member of the Washington International Trade Association Foundation, and she is a member of the Trade Policy Forum and the Washington Government Relations Group. She serves as the legislative and public policy co-chair of the Eastern Area of The Links, Inc., a national service-based
organization comprised of senior professional African-American women. Nicole is a founder of the Black Girl Magic (BGM) Network, an association of female lobbyists of color; established the Lady Von Endowed Scholarship at Spelman College; and is a member of Delta Sigma Theta Sorority, Incorporated. Nicole graduated from Spelman College and earned her Master’s degree from the Johns Hopkins University School of Advanced International Studies. Social justice and inclusion highlights:
Nicole works closely with Invariant’s clients to develop, enhance, and refine their diversity and inclusion initiatives. She also helps organizations identify qualified candidates to fill positions in their government affairs offices. Nicole has the deep network, connections, and relationships to ensure clients have sustained impact from this work. Invariant provides a wide range of consulting services with a specific expertise focused on racial equity and social justice, including: o Mission, vision, values development
o DNI strategy and execution
o Impactful philanthropic giving
o Non-profit benchmarking
o Affinity group and employee engagement
o Internal and external message development
o Coalition building
o Stakeholder mapping
o Public-private partnerships
o Recruitment strategy and executive searches
o Government relations and advocacy
o Communications strategy
Nicole is a member of the DSCC’s 2044 Council, focused on increasing diversity among Senate staff and promoting policy impacting communities of color. Nicole leads Invariant’s “Dialogue for Change” series, harnessing her vast network of contacts in the civil rights community to develop a successful panel series directly informing client initiatives on DNI and social justice issues.
Nicole has extensive experience working with non-profits in this area. She developed a legislative and public affairs strategy for the Eastern Area of the Links, Incorporated, featuring two national virtual town hall meetings on the U.S. Census and voter empowerment; GOTV and voter registration activation toolkits; and identified national partnerships with the National Urban League, AT&T’s Humanity of Connection, and When We All Vote. Nicole founded the Black Girl Magic (BGM) Network, focused on mentorship of young women of color on Capitol Hill, peer mentoring, and increasing diversity in corporate offices and lobby shops on K Street. This group also works closely with EMILY’s List to identify, recruit, and elect more women of color for federal office.